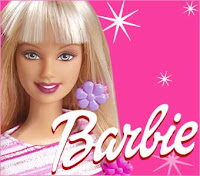 So, I'm working on this hair thing. I've tried twist outs, wash and gos, and last night I tried a Curlformers set. That last one didn't work out so well. It's frizzy and poking in every direction. I've never worn it this short, so it's hard to change my mind about what's pretty and feminine. I mean, for my whole life, long and soft and shiny and flowing and straight have gone hand in hand with what's beautiful. What I'm working with now is short and tight and coily. And while I talked a good game about Naomi Wolf's beauty myth and bell hooks' oppositional gaze, when I looked in the mirror, I just wanted wavy fairy tale hair. It is taking some serious mental and emotional shifts in my own concept of beauty. Some days I feel like a little boy. Others I feel like a sassy, hip chic from the 70s (which is clearly the decade where I belong!) It's also not just that I have to change the way I think about how I look. I also have had to reject many of the things I thought I knew about black hair. Grease, for instance. What little brown girl hasn't taken her seat on the floor between her mother's feet, having her scalp oiled? Or sat in the kitchen, holding her ear, trying hard to believe that "it's just the grease melting," that she wasn't actually being set on fire? Only now does it make sense that that hair is essentially being fried like a piece of catfish. But I'm glad that I'm taking this journey.
Even if my own hair days are up and down, it's forced me to learn enough to do a better job with The Babydoll's hair. I've gotten pretty good at braiding it, and it's much better moisturized than it used to be. And when we saw "Imagine That" last summer, she immediately wanted to wear twists like the beautiful girl in the film. So I YouTubed it and learned how. It was a transformative moment for a brown girl. When she looked in the mirror, she saw herself in a whole new way. But, clearly, we'll have to keep evolving.
Not long ago, she was harping about this style that she wanted. She said that when she saw it on TV again, she would show me. I'm thinking that it would be a picture of a girl who looks like her. But, oh on. It was freaking, fracking Barbie. And not just Barbie; it was Barbie with stick-straight, Beyonce's wind machine, platinum blond hair. The Barbie in the picture above.
Now, what am I supposed to do with that?
Posted by The Steel Magnolia at 9:43 AM

Do you remember when Whoopi Goldberg had her first one-woman Boradway show, and she did the bit with the man's white shirt on her head? The shirt was her long, luxurious blond hair. I still have an image of her with that shirt on her head.

And as for The Help. I actually liked it quite a bit. I liked the voices of the characters. I loved the characters (as in, I had great positive feelings for them). I didn't have problems with the dialect. The kinds of things she did with language created the sounds and accents that are familiar to me. When she wrote "I'm on a go with you," I could hear my grandmother saying it just like that. In general, I could hear my family's (white, Southern) voices in the dialect, sound it seemed realistic to me.

All of that said, she made it easy for us to swallow the jagged pill of Jim Crow. Yes, bad things happened in the book, but she spared all of our favorite characaters any true horrors. But that seems typical. if it weren't so, white people wouldn't read. I'm thinking of Douglass and Equiano. In their narratives, the worst things happen to people they know, but not to them. And I'm thinking of James Baldwin, whose "My Dungeon Shook" manages to talk about how white people are without pointing a sharp,
accusing finger at white readers ( thus alienating them).

But I'm not a highly politicized person, and I do love good stories, and I really liked the novel. What was your final verdict?

So glad that you went ahead and read The Help. I like your analysis, although, as you well know, I had a slightly different experience with it. In the end, it was a moving and gut-wrenching story. I don't totally forgive her for all the issues I had with it, but she really won me over in the end. Good point about sparing the main characters from the most horrible things, although I read a review that pointed out the problematic portrayals of black men--either as unredeemable or disposable. I think I want to see the film, so I'm glad that I got over being so pissed at the book!

As a kid, I walked around with a towel on my head and pretended it was long, shiny, frackin-Barbie-like hair. Will NEVER have that in real life. Stupid Barbie.

Steel, Did youngest about your thoughts after you finished thebbook? I'd love to hear a bit more about what you didn't like an why she won you over. About the black men, one of the worst events, for me, in the book was the beating and blinding of Louvenia's son (grandson?). I felt as if Stockett didn't let us get too close to him before the incident so that we wouldn't have so much pain that we couldn't continue. If that would have happened to a central character, it would have been a totally different book. But I guess that goes without saying. I am glad, however, that main characters experienced mostly triumph in the end.

Frack Barbie for SO many reasons.

GEW: The thing that really did it at the end was Abilene and the little girl (can't remember her name). Her understanding that she could be the one to inscribe health and love into this tiny life, that she she might be able to interrupt the horrors of this social system. Choosing to love a child who isn't yours is powerful stuff. But also the glimmers the book offers to suggest that people can decide to be more human than they are required to be--a la Celia's husband and that other husband who said he'd never fire the maid. Not sure I buy your reading of Louvenia's grandson; I think that black men just were not on Stockton's radar. Ultimately, I thought the novel caressed the idea that blackness was some unhuman weirdness, which was probably accurate for most of white America in the 50s, but it doesn't serve a narration from a black woman's pov. I have to admit, though, that I saw too much of the people and places where I was raised in the south--and I don't like a whole lot of them, as confirmed by idiotic Facebook posts by people who I'm not really friends with.

GEW: I just reread your comment and realized that I think another problem is that I don't want her to make the pill of segregation easy to swallow.

Regarding your last comment, yes, that's exactly what I meant to say--that one of the problems of the book (but yet a reason for its popularity) is that it makes the jagged pill easy (or easier) to swallow. And that's what I was meaning to say about Louvenia's grandson, too: it was one of the worst things to happen in the book, but Stockett kept it in the wings so that readers could "handle" it. I didn't mean to say that he was a redemptive black male character, just that he was an example of her making the jagged pill easier to swallow. It's like she wanted to say, "See how bad it was?" without really making us have to deal with the horror or without being accusatory towards her reading audience. Thus, while her book was an enjoyable read for me (because of the narrative voices and characters), it's not what I would call "realism."

Thanks for filling me in on your final verdict! I'm interested to see the movie. . . Not sure how they will do it.

GEW: Okay, so we're kind of on the same page. Except for that narrative voices/dialect thing--still hate it! I really like Viola Davis, so the movie will be worth the trouble even if it annoys me like the book. :)