A Day at the Library with Daddy

So, my husband has decided to take the children to the library once a week for an educational daddy activity. They went yesterday and, for some reason, there was a display about abolition and the women's suffrage movement. (This isn't women's history month or black history month, so I'm a little lost about that--anybody know?) My daughter wanted to get the books from the display to read. There was one about Harriet Tubman and one about Elizabeth Cady Stanton. They start to read the book and on one page there is picture of a man grabbing a black woman and a white woman by the arms and he's holding keys. The Babydoll asks why the man is holding the women and why he's holding keys. Hubby tells her that a long time ago women weren't allowed to hold keys, so they were in trouble because they tried to get the keys and now he was taking them away.

First of all, I'm going to have to go to the library to figure out what this display is all about. Secondly, I'm also going to have to get a hold of this book to find out what in the world is going on in this picture. He never sufficiently explained just what the deal is with these keys. His explanation to The Babydoll made very little sense to me. He didn't even know who Stanton was before this book (I'm loathe to admit that, but he's a math man and a little bit clueless about anything humanities related). There is a sort of accidental metaphor in there, but I'm not sure either of them is aware of it.

Anyway, the point of the story is that The Babydoll had this horrified look on her face for the rest of the book. On each page, she kept asking if the man would let them hold the keys now. It's not fair, she said.

I felt so sad for her and this moment when she had to connect herself with injustice. I know that she's four years old and can't possibly fully contextualize either slavery (which Hubby skirted past because he really didn't have a way to explain that) or sexism, but she knew that something was wrong. The horror on her face was merited. And I know that the depth of that horror will grow as she grasps just what all that this unfairness means. But I hope that she never loses that sense of horror; it will help her save herself from, as Audre Lorde wrote, being crunched by other people's fantasies of her.

I also hope that she doesn't develop some irrational fear of keys.
Posted by The Steel Magnolia at 7:05 PM 1 comment:

So, this weekend I crossed the line. First, I am now at the point at which I said that I would be finished with baby making. I've been thinking about that all year, but now it's official. I also just realized that I am closer to 50 than I am to 20. Yikes!

I said that I wanted to get my sexy back in my 30s. Or maybe get it for the first time. I'm not sure how that's going, but I do feel like I'm becoming more of myself. I just want to be sure that "myself" is not an old lady. (Although my mother-in-law brought me some wrinkle cream from a trip she took and I think I'll start using it in earnest now). Anyway, I don't have deep revelations about my life, but I do think that life is rolling on. In the right direction.
Posted by The Steel Magnolia at 9:23 PM No comments:

Since I have no idea if Thursday will present an opportunity to post, I will offer my thankful post today. I have to say that every year seems to bring a greater awareness of how undeservedly good my life is, and how much better it can get, even in a year like this one, when bunches of unexpected trauma and pain present themselves. I'm grateful that God pulls me through it, and that I can still be happy when sadness spills all around me. That I can cast off despair and feel hopeful when the situation looks hopeless. This year has shown me that we don't always get what we want in the way that we want it, but grace and mercy hold me up. It could always be worse, which seems like suck thing to be thankful for, but seriously, I am grateful that every difficult circumstance was not as bad as it could have been. That the outlook is still pretty sunny behind the clouds.

So, please be safe and blessed and don't forget to be thankful. Happy Thanksgiving!
Posted by The Steel Magnolia at 8:07 AM 2 comments:

I've been having a fabulous time prying your brains open and pouring in my brilliant professorly thoughts. However.

Can't wait to see you all next week!

Posted by The Steel Magnolia at 2:29 PM 2 comments:

Today I am thankful that

Is It Just Me? 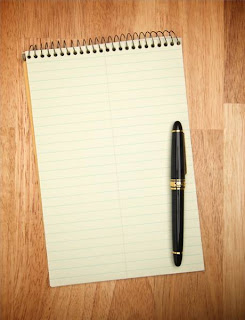 Is it just me, or are my students really, really interested in sex?

We are working on research papers and the number of topics having to do with sex is pretty high. In particular, I have about a thousand papers on sex education. Clearly, these people want to know what the deal is, and they wanted to know by middle school. It's intriguing to me. They have such a plethora of easily accessible information, but they feel locked out and kept in the dark. Maybe they need an informed way to interpret the media onslaught so prevalent in their lives. I'm also intrigued by the number of topics on teenage pregnancy, especially the fact that many of them report bunches and bunches of examples from their high schools, and they have been disappointed with the way those cases were handled, both by the students and by the adults. There are also a fair number of papers on same-sex marriage and homosexuality, which technically doesn't have to do with sex, but I'm getting the idea that most of them are so over this debate; for better or for worse, they just think everyone should get over themselves and let folks get married.
I realize that the early adult years (or late teenage ones, perhaps) present a biological imperative to have as much sex as possible--or as The Diva noted after her biology class, "Your body is always trying to get you pregnant!"--so maybe that explains it. Or maybe I'm old and more interested in sleep. If they knew what I know, they'd be stocking up on it now, too, because it seems to me that opportunities for both sex and sleep go downhill the older you get. Is that just me, too?
Posted by The Steel Magnolia at 10:31 AM No comments:

Today, I am thankful to have health insurance. I've been having a minor pain when I chew so I'm going to the dentist today. And although I need to spend the day grading (and doing positively nothing else--so much grading!), I'm going to have it looked at. I'm glad that I didn't have to wait until I could save up some money or ignore it until it the pain was unbearable. I don't know what's going to happen with health care in this country, but the process should be just this simple for everyone, all the time.
Posted by The Steel Magnolia at 8:30 AM 3 comments:

This morning on CNN, I heard Michigan Rep. Pete Hoekstra say that he believes the attack on Fort Hood is a terrorist attack, but not in the vein of Timothy McVeigh's Oklahoma City bombing. I'm perplexed as to why not, but that's not the issue that I want to deal with here.
First, I believe this shooting was horrible and inexcusable and my heart goes out to the families that were touched by it.
Although I know there are more complex factors involved in Nidal Hasan's attack, what I want to address here is the issue of bullying. Reports have stated that Hasan had been harassed by his fellow officers and he'd complained about it prior to the shooting. This man is a grown man and should more effectively deal with harassment, but this situation highlights the problem bullying has become.
It seems to me that victims of bullying are no longer accepting it. They are not having a Revenge of the Nerds reaction in which they come up with a rousing "We are one" speech to win over their enemies. Instead, they are all Carrie. So, I am perplexed as to why (1) people keep bullying others and (2) they are coming up with meaner, yet more sophisticated methods by which to do it (e. g. cyberbullying).
We have got to teach our kids to stop being so mean to others because with these mass shootings, it is not only dangerous to them, it is dangerous to everyone.
I mean, really, what's going on here?
Posted by The Diva at 9:14 AM 3 comments:

Today I am thankful that, contrary to my expectation, my hair appointment did not the require the more expensive service. Thus, I skipped the fast food lunch and treated myself to Panera Bread. (It's a little thing, but a big thing, ya know?) On the way out, the fall wind was crisp but not cold, and I had a brand new appreciation for the way autumn leaves dance across the ground like brightly colored potato chips.
Posted by The Steel Magnolia at 1:38 PM 3 comments:

The Day After Halloween

Had a wonderful Halloween. We spent the day at one of those jumping places, then trick-or-treating in the evening. The Babydoll doesn't like chocolate (I think we're going to see the doctor about that) so she brought all of her chocolate straight to me. I'll be eating bite size candy for days. And Baby Boy could say "Twick o' Tweet" (fairly) clearly for the first time. Yipppee! It was a fabulous day indeed!
Posted by The Steel Magnolia at 2:10 PM 4 comments: