I am thankful that 2009 left me and my family only a little bruised instead of done for.

I am thankful that 2010 will bring joy, peace, health, and prosperity.

So, I saw The Blind Side last weekend. And tonight I watched the 20/20 piece about the back story. It was both moving and eyebrow-raising.

I was glad that the 20/20 story highlighted some key points that the film took liberties with. For instance, the movie basically gave all the credit to the Tuohy family for joining Oher and football; Oher himself was quick to point out the fact that the sport had been part of his life long before the Tuohy family entered. I also thought it was very important that the film chooses to start this story after other people had shown interest and concern for him. Specifically, there was a recreation director (or someone like that) who facilitated his entrance into the prestigious school where he began to flourish. That man took Oher to the school along with his own son. And he was African American.

I point that out for two reasons: 1) I try hard to avoid the Dangerous Minds/Freedom Writers/Losing Isaiah formula that seems to suggest that black people are doomed to their own pathology and tragedy unless able white folk save them; 2) When Debra Roberts asks the Tuohys to comment on the curious coincidence that the large black boy who they take in is steered toward the school where they are former athletes and boosters, it just sort of hangs there. The issue is never fully addressed, although they and Oher dismiss any sordid intentions. They also mostly glide by the issue of race; although they acknowledge the weirdness of a big, homeless black boy living with a wealthy white family in Memphis, their message is that love took over and he just became their son. The daughter's words about being able to count on someone who loves you for no particular reason had a clear ring of sincerity. So my eyebrow raising has less to do with the idea that these people schemed to deliver a football giant to Ole Miss (because it doesn't seem that they were scheming) than it does with the incomplete discussion of these issues.

I think it's also important to note that the Touhys suggest that Oher would have made something of his life anyway. He is a central player in, well, his own story.

I'm just wondering what falls out if we shake this tree a bit. So, what's the story of all of those children who aren't great at sports or who don't stumble upon the right rich family? While these stories make us feel good, doesn't every child deserve a school where someone notices that he's homeless? Where he gets some help even if he's a she (why are these movies never about girls, anyway?) Doesn't every child deserve a life that allows her to fulfill her whole potential? How do we make that happen without simply waiting on rich families?

So, while there are heart-tugging, smiley, sweet moments in this film, I'm also saddened by the children I know who didn't get everything they needed to be whole. And by thoughts of the children I don't know who have holes in their lives. It's complicated.
Posted by The Steel Magnolia at 10:37 PM 2 comments:

Labels: films, race, The Blind Side

So, everyone was pleased to find (in the words of The Babydoll) that baby Jesus brought the presents for us Christmas morning! She was disappointed, however, that Santa didn't come; she knows because she didn't see him. Baby Boy said that Santa would come tonight. Funny.

Hope your holiday was peaceful and merry!
Posted by The Steel Magnolia at 11:31 PM 5 comments:

I do believe that we've already uncovered the absolute best Christmas present this year: The Babydoll got her Christmas Eve gift--a hula hoop. She's been working on it for about an hour. She's a determined little thing! She's learned to go and go and go for something like 30 seconds at a time. She's so pleased with herself it's crazy. "Everybody, look at me!" she screams and forces every person in the room to applaud. I'm pretty pleased with myself for getting it for her.

Baby Boy likes his police car with the sirens, but he's still pretty enthralled with the Max and Ruby Christmas DVD from weeks ago.

To quote the untouchable Donny Hathaway, "And this Christmas will be a very special Christmas for me." Da da da dah dah, da da da da dah. Shake a hand, shake a hand . . . .
Posted by The Steel Magnolia at 7:26 PM 1 comment:

I keep trying to come up with something to say, but I just don't have any words. It's right before Christmas and I'm filled with holiday cheer. But I'm also filled with holiday running around, so I'll just direct all eyes over to Bad Mommy Moments. She's reposted a beautiful and moving Christmas piece that brings tears every time I read it. It's worth revisiting. Enjoy!
Posted by The Steel Magnolia at 9:47 PM 2 comments:

Posted by The Steel Magnolia at 9:12 AM 3 comments:

I Need a Break

The differences are similarities are among equal against each other.

No, I didn't copy it wrong and it will make even less sense the second time you read it.

On one episode of Girlfriends, one of the characters, Maya, is sharing her potential book proposal with another character, William, and he tells her something like, "I recognize the words you're saying as English, but I have no idea what their relationship is to one another." I'm so feeling William right now.
Posted by The Diva at 9:26 AM 3 comments:

Labels: end of semester, Meltdowns All Around 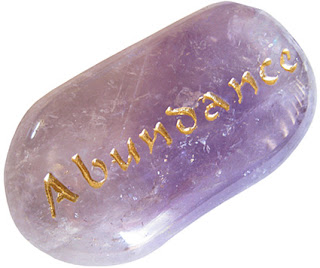 Today I am grateful for abundance.

We've seen the pediatrician twice in as many weeks and took note of a "coats for kids" box that sat, empty, in the corner. After the second visit, I decided to get serious about the value lessons I want to permeate my children's lives. I went home and pulled out all of the coats that were too small for them. I realized that those coats represent just how much we have, whether we deserve it or not. Some of them were purchased by eager family members, but we also received a huge bag of coats from a former co-worker of Hubby's; from the looks of it, they used to live in Antarctica. There were light jackets, windbreakers, heavy lined coats, super-duper coats with hoods--a coat for every level and type of cold or wind you can think of, some in duplicate sizes. All in perfectly good condition. And we got them for free.

When we saw the box, I explained to the children, The Babydoll especially since she's older, that some children don't have everything they need and that God wants us to share. That it's good to give gifts, particularly at Christmas just like the Wise Men in the Christmas book we read. (Later we were talking about the Baby Jesus and she asked how old he was when he's all grown up and in the sun--that seems to be the way she's explained heaven to herself--I didn't know how to enumerate it for someone who can only count to 100) Anyway, they seemed to like the idea of helping, and we prayed over the coats to ask blessings for the children who would receive them. It was good stuff. They have probably already forgotten the whole situation, but it was good stuff for me.

Anyway, I'm thankful today for having way more than I need and for being able to care for my children, and for the opportunity (and the inclination) to help my children be more like the people they are created to be.

AND I'm so, so, so, so, so, so grateful for more good news that The Crisis is moving in the right direction.
Posted by The Steel Magnolia at 9:43 PM 3 comments:

Sounds of the Season

The Diva and I might have been the only ones reading this blog last Christmas season, so I'll give a quick recap of the relevant story:

My family and I try to attend a Christmas carol concert at a nearby college every year. It's fabulous. The first year we took The Babydoll, she loved, loved, loved it, even though she was only about 18 months old. Last year, however, was a disaster. And when we tried to go again a different night--also a disaster.

This year we did at least make it in the door and to our seats. Baby Boy enjoyed the music, but fell asleep. The Babydoll must have forgotten to take her medication, though, because she couldn't close her mouth if her depended on it. She asked why they were walking down the aisle, who the man was in the booth, why the lady wouldn't play the harp right now. Just on and on and on. Loudly. She was excited, so I was sad when Hubby took her out, but there was really no other choice.

The other difference this year is that I had low expectations. I brought The Babydoll back in for the most exciting, hand-clapping song and then we left early. It was fine with me that she played in the cafe across the street for half the concert. We'll go again next year. Oh well.

We ended the night, as is our tradition, with a trip to Krispy Kreme. And to all a good night. :)
Posted by The Steel Magnolia at 10:50 PM 1 comment: