This is What Happens When Your Mother's an Academic

We were reading the iconic and time-tested story, The Giving Tree which both children really love. The simple drawings are inviting. The story itself is beautifully written.

But I had an epiphany a while ago that this tree must be a mother. She freely gives every part of herself away. She puts the boy ahead of herself at every turn. They go through their lives together, playing and learning. The boy comes to her when he's young and moves away from her as he gets older. In fact, he moves away from her and to another woman!!!! (Remember how he carves "T & Me" on the tree and then he starts carving some chic's initials?) The tree is happy when the boy is happy.

Then, I was reading the book at naptime the other day and I had another epiphany: I hope my daughter (and my son, for that matter) don't see this story as an example of how women should behave in relationships. This tree is very giving, but maybe she's just pathetic. Don't give all of yourself away! If all a guy ever does is take from you, run! This boy just wants to use you up, fulfilling his dreams. Then, you are left with nothing but a stump. But when he's needy and old, he shows up again--like you had nothing better to do than wait around on him!

I'll keep reading the book to them because they love it and so do I. But we might have to have a talk in a few years.
Posted by The Steel Magnolia at 1:15 PM 7 comments:

I stayed up late last night to watch Royal Pains on USA. While watching, I saw USA's promos for their new CIA show, Covert Affairs as well as their FBI program, White Collar. It occurred to me while watching that there are just so many medical shows (HawthoRNe, Boston Med, Grey's Anatomy, House), law enforcement shows (Law & Order: SVU, CSI, Memphis Beat, Southland, Burn Notice, Chuck), and courtroom shows (Drop Dead Diva, The Good Wife). (Okay, it seems that there aren't as many courtroom shows as there used to be, but the law enforcement programs runneth over!) But this what I want to know: where are the shows about the professors?!?
Life in the academy can be on the edge and suspenseful. Hello! Publish or perish, people! It doesn't get anymore life-or-death than perishing! Plus, just imagine the hours of script that can be written on the tenure process alone! And it can be sexy. We don't all wear corduroy jackets with velvet elbow patches. If you want sexual tension, the mandatory sexual harassment workshop I attend every year insists that there are inappropriate sexual behaviors happening all the time. And then you have the precarious balance between being a parent and a worker who has a job with homework. How do we deal with that? And comedy! The work students attempt to hand in is itself hilarious! And finally, political issues and the greater questions of life could be tackled. This show could have everything. Well, maybe not vampires.
Someone needs to write this series. I'd watch it.
I'm also available for consultation.
Posted by The Diva at 10:16 AM 6 comments:

*Look! The children and I planted a tomato plant and there's an actual TOMATO on it! Yippee!! Right behind it, to the left, is the basil plant that is also doing quite well. Of course, we just returned from my grandmother's house, where the tomato plants were much more prolific and as tall as me, and they had already cooked up a batch of fried green tomatoes. But that doesn't dampen my extreme excitement over my little tiny tomato.
*The Baby Boy has announced that he wants to be a pumpkin when he grows up. I have no where to go with that. I guess I'll just be proud.
*I really thought that summer at home with the children would be fun, with lots of activities and outings. But I'm spending a lot of time thinking about articles I want and need to write and the fact that it doesn't really look like all of those plans are going to happen. It's almost July already. That makes me sad. Then I think of how the children may very well have memories of a distracted and annoyed mother instead of a carefree, creative summer playmate. Also sad. It's really hard to do both, even in the summer. I have only a few weeks to get myself together before a whole new semester starts.
*The hair transition is very sketchy. I'm at a point when it's hard to comb it, but the curls from the set have basically fallen. I'm trying products and hair ornaments, but it's all very sketchy.
Just watched Aaron McGruder's latest animated "The Boondocks" episode. He's totally loony and awesome. This was a kicking-butt-and-taking-names kind of episode. Fabulous!
Posted by The Steel Magnolia at 11:53 PM 2 comments:

I Did NOT See This Coming

We arrive at the grandparents house to pick up our children. I'm so excited to see them. They are napping, so I kiss them and let them finish sleeping in my arms. Finally they wake up and stare at us, bleary-eyed. I'm expecting a big, excited display of affection. That's not exactly what I got. But there were hugs and kisses and cuddles. I was glad to see them. I couldn't get enough of their sweet little faces. Know what I wasn't expecting?

I was loving on The Babydoll, holding her face in my hands, when I commented that her face looked different. "They've been eating like crazy people," my family told me, "Her face is probably a little more plumped up." But her lopsided smile still looked a little "off" to me. Then I felt the large lump on her jaw. We decided to head on over to the urgent care, just in case. I suppose it doesn't really matter, since mumps is a virus and there's no medication. But I'm glad that I at least know what's going on with her.

There's always something, huh?
Posted by The Steel Magnolia at 9:55 PM No comments:

So, The Diva and I are kicking it together at a gigantic grading marathon. It's PhDs gone wild over here! We're pooped and it's not even over yet. Clearly, I am a complete idiot. I just completed a grading marathon on my own campus before starting this one. Still, it's always cool to hang out with a girlfriend. We saw Sex and the City 2 while we had a free second. The Diva thought it "so-so" but I really liked it. I cried when Charlotte and Miranda were talking (and sipping) about motherhood. It was a really beautiful and honest moment that only real friends and mothers could share. I'm also glad that they acknowledged their privilege in employing help--that's especially true when neither of them is compelled to work for money.
Other realizations during the gigantic grading marathon:

Posted by The Steel Magnolia at 8:21 PM 2 comments:

Lessons to Learn in Song 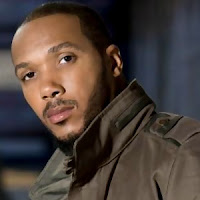 I'm no fan of new singers. I know that makes me sound like an old curmudgeon, but most new music and new singers just fail to move me with their lack of greatness. Or substance. But today, as I was out driving, the radio playing white noise in the background of my thoughts, some new music pushed through. I heard a song by Lyfe Jennings called "Statistics." I listened because he starts in the classroom like Lauryn Hill does in the interludes on The Miseducation of Lauryn Hill (a great CD) and I was misled to think it was one of her songs. Plus, any song beginning in a classroom has my attention! But then he started giving all these statistics about men in society and the likelihood of women finding one. I'm not sure how true his statistics are, but his chorus is definitely true.
It goes:

RULE #1 Don't be a booty call
If he don't respect you girl he gon forget you girl
RULE #2 If he's in a relationship
If he will cheat on her that means he will cheat on you
RULE #3 Tell him that you're celibate
And if he wants some of your goodies he gon have to work for it
RULE #4 Be the person you wanna find
Don't be a nickel out here lookin' for a dime
DH said, "He had to put that in a song?" Apparently, yes.
These are things my mother taught me growing up, but I don't think young girls are taught these things anymore. For instance, rules #1 & 3. Why isn't this common knowledge? I have heard countless male students say that they don't respect girls who give it up so freely and easily. They'll gladly have sex with those girls, but they won't have relationships with them. But, oddly, my female students will counter that statement with comments about how guys will have relationships with girls like that and they should be able to be as free sexually as the guys. They should, but I try to point out to the female students that this is what the guy is telling you; this is how he feels. Now that you have the information, you have to make a decision about what you want, what's important to you. But it's like they live in this world of disconnect. It reminds me of that episode of Sex & the City in which the women make up these reasons why the guy hasn't called and the guy says "He's just not that into you" and her friends say, "Oh don't listen to him; he doesn't know what he is talking about." Really? You're just gonna make up your own truth in spite of the reliability of the source?
Far more disturbing are the many stories I have heard of tween and teen girls performing oral sex on groups of boys in the Boys bathroom, having sex with random boys in the school auditorium or the library (the library? don't defile the library!), and sextexting. Does any guy have to work for the goods anymore?
Anyway, I think this song makes a lot of sense; I like it. It probably won't be around 20 years from now like songs by Marvin Gaye, but hopefully, the lessons it teaches will. They should.
Posted by The Diva at 10:41 PM 2 comments: