Why I Love First Year Students

While they also annoy me and are prone to toatlly losing their way without warning, first year students are refreshingly, well, fresh.

They say things like, "Is it okay if we read ahead on the syllabus?"

"Can I volunteer for that?"

"Can I see you in your office hours?"

Posted by The Steel Magnolia at 8:25 PM 2 comments:

After teaching for a while, a few things have become commonplace. I will have a student named Brittney (or Brittany or Brittanee). And one named Ashley. And one with strange colored hair. And one from Chicago.

Except this semester I had a class in which not one student was from Chicago. Or any state in the Midwest. I know because we did an icebreaker.

But you know who was in that class? Two students born with six fingers on each hand.

Posted by The Steel Magnolia at 7:14 PM 2 comments: 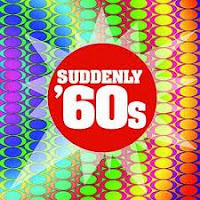 This is what I don't get: what's with the nostalgia for the 60's? You have all this hubbub over The Help and before that there was Mad Men. Now, the Fall TV line-up includes Pan Am and The Playboy Club. The Nationalist scholar in me says this might be a backlash against Obama as president--a longing for a time when there was absolutely no chance for a black man to be the head of the PTA let alone be the POTUS. The Feminist scholar in me is suspicious of these portrayals of women in subjugated positions. Stewardess? (And I meant to use that word.) Playboy bunny? Th Gen Xer in me is just annoyed.

I remember a few years ago there was a sketch on MadTV about this 50's restaurant that had opened up. Four friends went to dine there, a white couple and a black couple. They all thought it was great with its rock and roll jukebox and the waitresses in poodle skirts. It was great until the black couple couldn't be served. They were directed to a sign on the wall that read "No coloreds." The clamor for these 60s-inspired shows seems similar. Just what is the nostalgia for?

I am open to the idea that these shows are just the result of the TV& Film industry's total lack of originality. But even if the intent is innocent,what will be the outcome? How will this nostalgia for the 60s shape our 21st century world?

Is it just me, or are basic cable television shows suddenly using the "s" word left and right? I've heard it repeatedly on Lifetime's new show, "Against the Wall" and on TNT's "Rizzoli & Isles". Love the shows, but I'm not ready for the potty mouth. Cheese and crackers!

The Help, I wish I could quit you

We started meetings on campus this week, and nearly every conversation with my colleagues came back to The Help again and again. We couldn't get away from it. Since I like it when people affirm my thinking, I'm excited to read what big time scholars and thinkers have to say. Melissa Harris-Perry (who I totally heart) and Valerie Boyd and others have made really smart commentary. Also LOVE Viola Davis, and would be happy to see her in a role that is softer and pretty than anything I've seen her in till now. Check them out!

Posted by The Steel Magnolia at 1:44 PM 2 comments:

I guess I have to start planning fall syllabi, huh? I've been so engulfed in the children's school preparations that my stuff has been shelved. I'm trying some new things with my classes, so I feel both excited and nervous. I also have an essay that really, really needs to get done before class starts. And one that needs to get started and finished soon after school starts. And to boot, I'm debuting my new curly hair when class starts. We'll see how it goes.

So, a few months ago, I read this really smart post on Cocoamamas about a teacher who read Caps for Sale to her class and had the students pretend to be monkeys. The blogger/mother had a big problem with it and said so. At the time, I pondered the situation and thought that I would probably say something to the teacher, too. After all, she probably didn't even know that it might be problematic for black children to act like a monkey. Strike that. She probably didn't consider it. Know it she should, especially in this day of Tea Parties and Presidential ape pictures. One of the commenters asked if the teacher should also prevent overweight children from acting like elephants or hippos. Um, yes. Teaching children shouldn't make you as naive as one. Reading her post got my pressure up a little. I'd have to say something to this teacher, I thought.

And then I visit our new classroom and guess which "mascot" the teacher has chosen for her class this year? No, seriously. Monkeys. Clearly, she was doing an alliteration thing with her name, which begins with an M. Still, I just stared at the surplus of monkeys hanging around (ha!) and shook my head. Am I going to have be the belligerent black mama right off the bat? Is that what the teacher is going to think if I say something? Do I say something to my child to offset this? I don't know, and The Hubby thinks that this is not a battle worth fighting. That we'll have others and should cool it until they arise. But then I think, if I were the teacher and choose the black panthers as my classroom theme, calling the students black panthers, would a white parent bring it to my attention?

I've decided not to make it a big issue right now. I mean, I can't very well demand that this woman take down all her lovely apes after she spent who knows how much time preparing her classroom. Wait--can I? No, no, I can't. But I will bring it up during the parent/teacher conference or some other one-on-one. I hope this isn't the beginning of something crazy.
Posted by The Steel Magnolia at 12:31 PM No comments:

So, perhaps the universe wants to force me to watch BET.
Malcolm Jamal Warner and Tracee Ellis Ross (both of whom I heart) are starring in a new series. And get this--he play an English professor. I think he will make us look like a cool breed. And maybe sexy. But then, aren't English professors already cool and sexy? Yay!
Posted by The Steel Magnolia at 8:03 PM 2 comments: